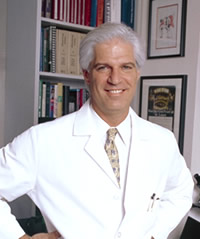 Dr. Steven Victor earned his Bachelor of Arts degree from New York University School of Arts and Sciences, and his medical degree from New York Medical College in Valhalla. He continued his training with an Internship in Medicine at Beth Israel Medical Center, where he was named Intern of the Year of the Emergency Room. Dr. Victor then went on to a Residency in Dermatology at New York Medical College. He is Board Certified in Regenerative Medicine and Stem Cell Therapy.

In addition to his private practice in New York City he practices Regenerative Medicine and Stem Cell Therapy in Dubai at the Emirates Hospital Jumeriah. He has been the recipient of numerous honors throughout his career, including the Award of Excellence from Consumers Research Council of America. Dr. Victor has gained considerable renown in the field of Dermatology, pioneering some of the most effective and interesting treatments in skin rejuvenation today. He has lectured around the world, been featured in a multitude of magazines and appeared in various television and news segments. Dr. Victor has also consulted for a variety of cosmetic companies, including Elizabeth Arden Red Door Salons, Lucy Peters Electrolysis, Angio Medical Corporation and Medicis Pharmaceuticals, among others.

He is the Inventor of the Technology used by New Direction Biosciences Inc. and has helped establish FDA cGTP Cellular Labs in New York and Dubai.  He is regarded as one of the world leaders in Cellular Therapy (Stem Cells) for aesthetics and diseases of unmet clinic needs such as Autism, Diabetes, Orthopedic injuries, Stroke and others.